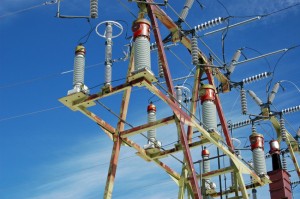 What is an Arc Flash?

An arc flash is a phenomenon where a flashover of electric current leaves its intended path and travels through the air from one conductor to another, or to ground. Most often an arc flash is caused by human error during routine maintenance. The causes can also include sparks due to insulation gaps, equipment failure, or dust or corrosion on the surface of the conductor.

An arc flash can cause serious injuries and death. Even if a person is not touching the equipment they can be badly burned and injured. Electrical arcs produce some of the highest temperatures known to occur on earth, up to 35,000°F (19,426 °C). This is 4 times the temperature of the surface of the sun. The high arc temperature vaporizes the conductors in an explosive change in state from solid to vapor. Copper vapor expands to 67,000 times the volume of solid copper producing a considerable pressure wave and sound blast. The heat and pressure can ruin equipment but, more troubling, can produce injuries to your valuable employees.

How you can minimize Arc Flash risks and ensure compliance

The Occupational Safety and Health Administration (OSHA) has become increasingly aware of the frequency of electrical arc flash hazards and has recommended sites complete Arc Flash Analysis and Electric Systems Studies every five years or whenever there is a change in a site’s electrical system.

Nine years after issuing their first Arc Flash standard in June 2005, OSHA issued a new standard that includes a number of important updates including changes to training, host employer requirements, fall protection, new requirements to estimate arc flash energy, minimum approach distances, and required personal protective equipment (PPE). Not only do the changes go beyond general arc flash hazard awareness, they also include unprecedented mandatory compliance deadlines. The first deadline was October 31, 2014 but some provisions had delayed effective dates as late as April 1, 2015. Is your facility compliant? Power Solutions can help you avoid non-compliance penalties and fines and protect your workers in high voltage environments by completing an Arc Flash Analysis and Electrical Systems Study at your facility.

Basic OSHA and NFPA 70E compliance is established with a five-step process; a sixth step assists the facility owner with fine tuning the electrical power system, both for safety and operability. Power Solutions can help minimize your Arc Flash risks with this 6-Step program.