This issue highlights: The power failure that closed Atlanta’s airport 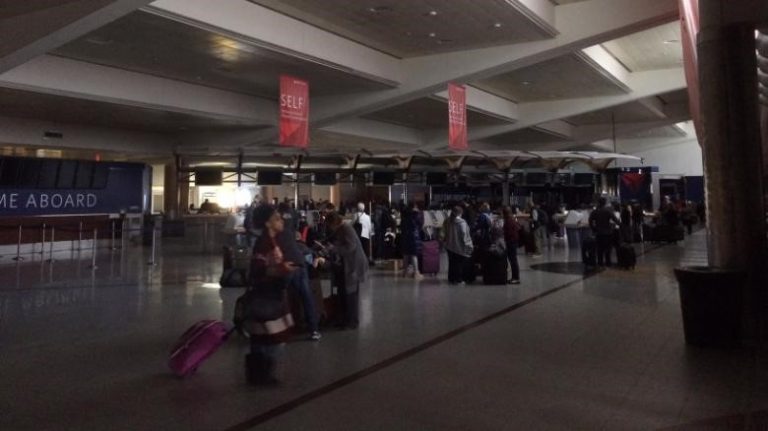 On Sunday, December 17th, Atlanta’s Hartsfield-Jackson International Airport shut down for almost 11 hours because of a power failure. A switchgear fault sparked a fire with cascading consequences that affected both the primary and back-up utility power feeds to the airport.

“We know there was a failure in the switchgear that caused the fire; that absolutely created the issue,” Paul Bowers, Georgia Power’s president and CEO said on “Good Morning America”. The fire occurred in a tunnel housing Georgia Power cables for both the primary and back-up utility feeds and interfered with both power sources to cause the black-out.

Emergency back-up power systems came online as expected, but the back-up systems are designed only to maintain the minimum systems required for safety and security, not full airport operation. Passengers were stranded for hours in dark terminals with minimal available services – including vendors to supply food and water. Planes loaded with passengers were grounded at the gates and on the tarmac for as long as seven hours.

Social media blew up with stranded passengers sharing their stories and voicing frustration. Among them was Anthony Foxx, Transportation Secretary for President Barack Obama, who criticized airport officials on Twitter. “Total and abject failure here at ATL Airport today,” he tweeted, adding there was “no excuse for lack of workable redundant power source. NONE!”

In the summer of 2016 a similar switchgear failure in Delta’s Atlanta data center grounded Delta Airlines worldwide and caused a tremendous service interruption in the same airport with the same result – stranded travelers and frustrated customers. While it was a different set of switchgear that failed in August of 2016, to Delta passengers, that distinction may not matter.

There is no doubt that some finger-pointing has already started and two things are clear:

#1 – What officials at Georgia Power and the Atlanta airport believed was a redundant utility feed wasn’t truly redundant because, being run in the same wall as the primary feed, it was vulnerable to the same cause of failure.

#2 – There is a high likelihood that adequate switchgear maintenance hasn’t been a priority at this facility. In both the 2016 outage and Sunday’s blackout, fire caused by failed switchgear was the source of the failure. Proper and regular maintenance of this critical equipment is essential.

Consider your critical power path. Is it truly redundant all the way down to the last server or network switch? If you lost a power source, could your operation still run smoothly? Even systems set up for dual power redundancy can be derived from a single distribution panel, UPS, switchgear, or utility connection. If one of these components has a failure, your entire system will be offline.

Steps should be taken to ensure that a system designed with dual power redundancy provides the expected level of fault tolerance. Once a system has been installed, an effective testing, inspection, and maintenance program for all components should be implemented.

Consider the switchgear in your facility. For many buildings, it’s the primary power distribution point and it can be intimidating to check considering the amount of power that flows through it. When was the last time it was professionally cleaned and maintained? Is your site vulnerable to a failure? Or worse, a catastrophic fire?
Power Solutions can help you assess your power path for vulnerability. We can help with a data center assessment to check if your infrastructure is truly redundant, we offer risk assessment services and preventive maintenance for switchgear. Call us 800-876-9373 x711, send an email., or visit our website.

You can also follow us on LinkedIn for the latest news and announcements.